Ready for her (cat's) close-up

Frequent readers of this blog know that Clio's desire to be photographed has been weak, at best, over the past year or two. Every once in a while (usually when someone outside the family is holding the camera), she'll really ham it up. But in all other instances, we have resorted to many different techniques to capture her on film. The one met with the most success (but least integrity) is the decoy move, wherein we swear to Clio that we are not taking a picture of her, but one of her sister (mother, father, friend). Of course, as it turns out, we will happen to catch her in the frame, too. I don't love the dishonesty of this approach, though it's coming from a good place: the desire to document our kids lives for far-off family and for their future.

The other day, while actually taking a picture of Eleri, Clio wandered into the frame, and though she hid behind a cat, I could tell from the way one eye peeked out that she was game for a photo shoot. 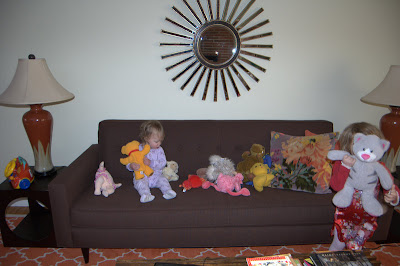 I love how the resulting pictures really are of Clio being Clio, even if we can hardly see her face. 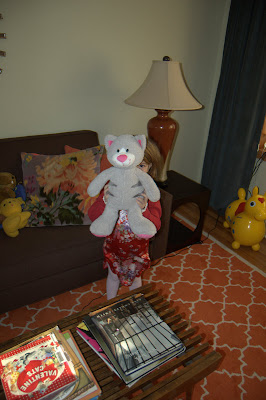 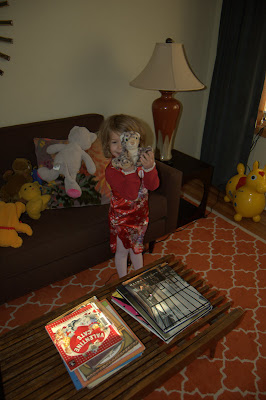 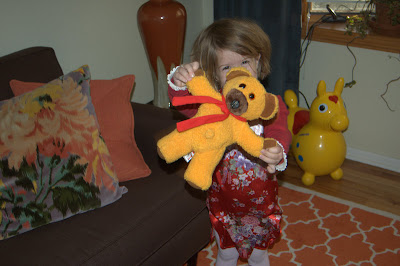 Posted by Heather Peterson at 10:15 PM

Email ThisBlogThis!Share to TwitterShare to FacebookShare to Pinterest
Labels: Photography