Eleri has stayed home sick most of the week. She actually doesn't seem particularly sick, except for the faucet nose and the deep, hacking cough that makes her sound like she's 60, a lifelong smoker, and/or is going to literally cough up a lung. So we've been taking turns staying home with her, and between the two days this week and my own recent stomach flu, I'm feeling a little guilty about all the time I'm missing from work.

Today, however, I was scheduled for a webinar on the scintillating topic of Building a Development Committee, and guess what? Turns out a 2-hour phone call where you are only responsible for listening is the perfect work to do while entertaining your sick(ish) toddler.

First, Eleri got to work, too. 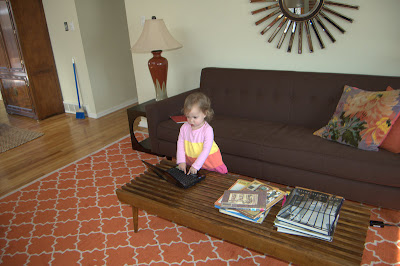 Then, pushing the multi-tasking envelope, I did a little housework, sweeping the kitchen while Eleri swept, too; ultimately, though, she decided the child-size broom made a better horsey. 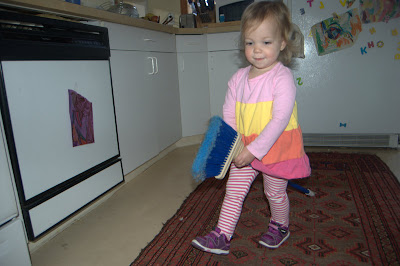 We played peekaboo in the curtains 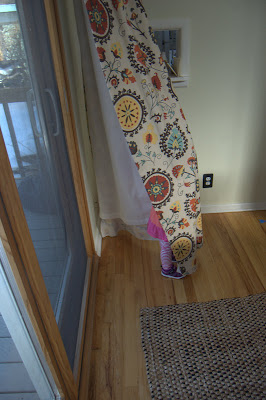 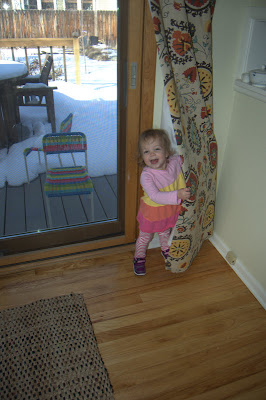 And "fort" under the table 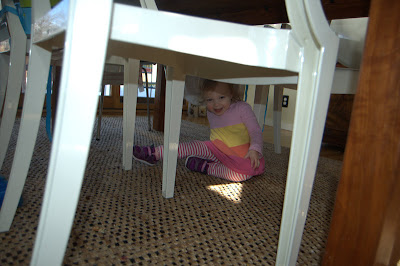 And Eleri participated in some crawling sprints. She made very good time. 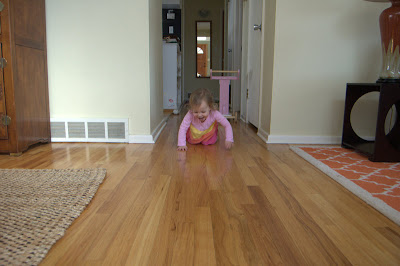 At one point I managed to blow bubbles with one hand, take photos with the other, all while keeping the phone tucked up to my ear (and understanding, for the first time, the wisdom of earpieces). These photos, however, did not turn out at all. I guess I'm learning my limits.

Finally, we had lunch during the Q+A section of my call. Eleri started mimicking the head tilt that I had kept up for the previous two hours, as if she, too, were holding up a phone. Weirdly, while I felt a little guilt that part of my brain was occupied on work while we played, this quickly passed when I realized I had engaged with her more during the call than I might have without it- trying to keep her away from the computer wires while I check email must be much less satisfying to her than all the games we played this morning.

You know what else? My webinar was actually pretty inspiring, and it has set in motion a plan to resolve some issues I've been having at the office.

And now, I will pat myself on the back.
Posted by Heather Peterson at 3:24 PM