My mom's friend Florence gave her a ton of tickets for Nick Universe, the Nickelodeon-themed amusement park in the middle of the Mall of America.  When we realized that the tickets were about to expire, we ended up with not one, but TWO outings to the mall for unlimited rides and the glories of the food court.

Eleri had very specific ideas about the rides and refused to go on most of them.  She did, however, spend a lot of time watching the huge rollercoasters in fascination, and my theory is that the baby rides are beneath her, and she's just waiting until the day she is big enough to ride upside down.

On the first day, we barely got her on the balloon ride. (doesn't she look contemplative?) 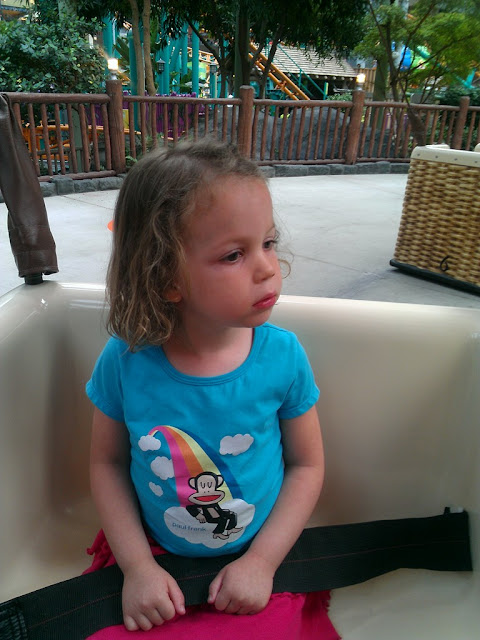 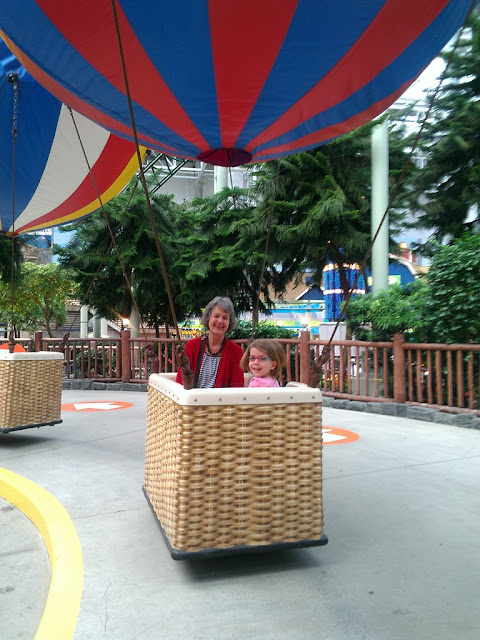 On our second trip, she went on the kiddie rollercoaster--and loved it. 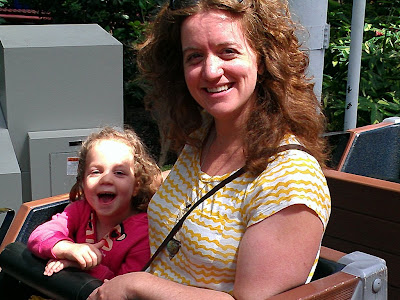 Clio was more adventurous, especially on round two when Lucia was with us, too. 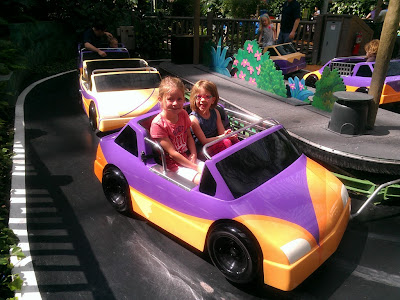 I have to tell you, as a rollercoaster and scary ride lover, part of me was proud that Clio was showing a real aptitude for the big guns, but as a mother, I will admit to slight terror. 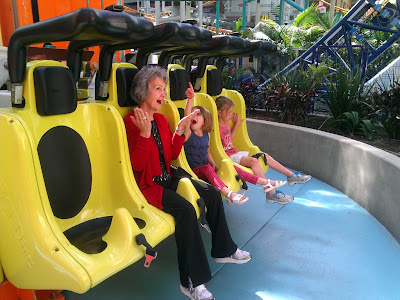 This thing, which I rode with her the second time around (and which was SCARY--I am clearly out of practice-- and which I kind of can't believe she wanted to go on again) goes VERY high in the air and then drops you mercilessly to the ground.  Oh, my stomach.

Oh, yes, for the second round, Dave was there, too. 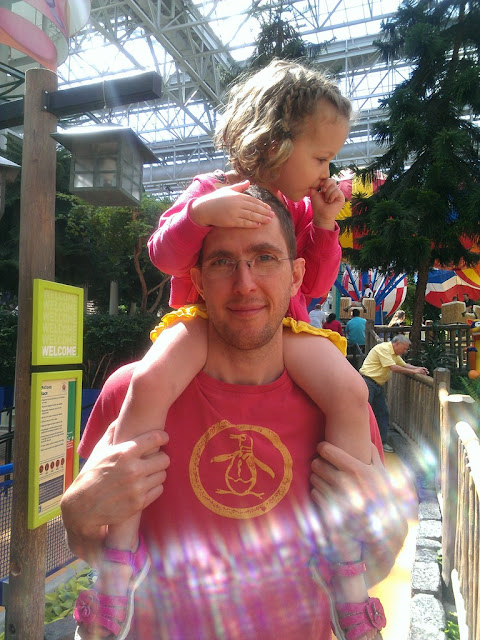 Posted by Heather Peterson at 10:32 PM