Eleri loves peekaboo. She thinks it's hilarious. Clio goes around saying "boo" to her to get a laugh, and it works pretty much every time. In fact, I've started telling her "no" and she laughs hilariously at that, too- guess it sounds too much like her favorite funny word. (This does not bode well for me). Mostly, though, Eleri likes to instigate the game, and when she's lying on her changing table she often pulls the top of her shirt up over her face, waits for you to say "where's Eleri," and then peeks out at you. We have yet to capture this on camera, but today I did catch her playing the game.... with a bowl full of food. On the third try I found a camera with both a working battery and disc space, and took quite a marathon. 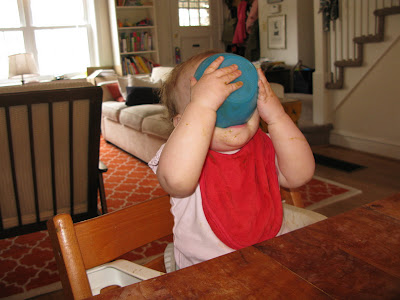 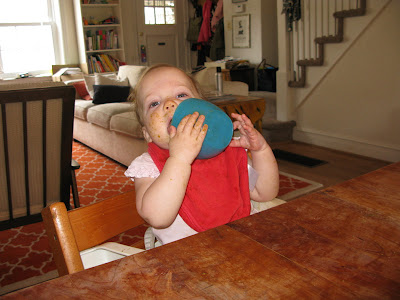 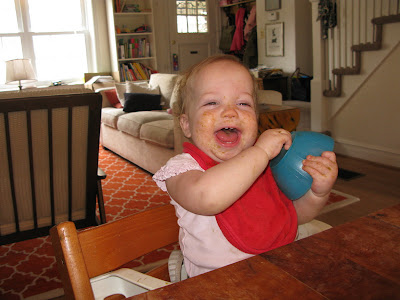 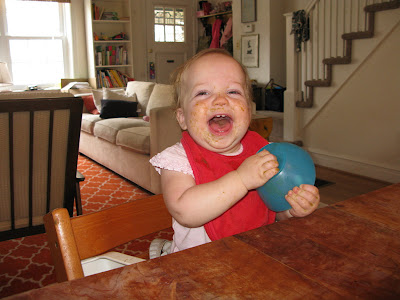 By the end, Clio tired of watching the shots in the viewfinder, and decided she wanted in on the action. So she "hid" on the couch. 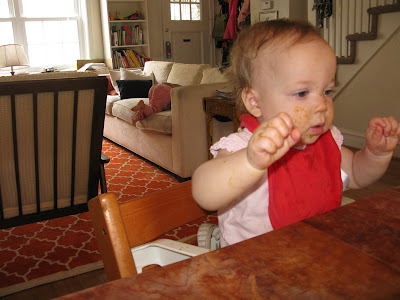 It's amazing how long it can take to "find" someone who is hiding in plain sight, when they're calling the shots.
Posted by Heather Peterson at 2:14 PM